Relationships often fall apart, and when they do, it is not uncommon for one party to move to another city or state. If disagreements between formerly romantically involved people result in legal action, it may be uncertain which forum has the right to handle such disputes. It is clear, however, that the California courts cannot preside over a family law matter if they do not have jurisdiction over the parties. This was demonstrated in a recent California case in which the court ultimately vacated a domestic violence restraining order against the defendant, citing the lack of personal jurisdiction over the defendant. If you are involved in a family law dispute with someone who lives in another state, it is in your best interest to retain a seasoned San Diego family law attorney to discuss your options for protecting your interests.

It is reported that the husband and the wife married in California in 2005, had three children, and moved to Texas in 2015. The wife left Texas in 2019 to return to her parent’s home in California and took the minor children with her. She subsequently filed a petition for legal separation and requested a domestic violence restraining order (DVRO).  The husband moved to quash service of process with regard to the DVRO request, but the court denied his motion and issued an order granting the wife’s request. The husband appealed, arguing the court erred by denying his motion to quash.

The husband argued that the Court lacked personal jurisdiction over him, and therefore should have granted his motion to quash and dismissed the case with prejudice. On appeal, the court agreed and directed the trial court to issue an order granting the husband’s motion to quash the DVRO. END_OF_DOCUMENT_TOKEN_TO_BE_REPLACED

Every marriage has its ups and downs; however, increasing conflict may trigger strong negative feelings, which could begin to corrode the relationship. Those negative emotions may manifest themselves in a variety of ways. Ultimately, all the frustration and aggression may result in domestic violence.

Domestic violence is not limited to one partner physical abusing the other.  In reality, there are various kinds of domestic violence, and each of them has its own overwhelming consequences, which could include the issuance of a Domestic Violence Restraining Order.  (See Family Code section 6320).

END_OF_DOCUMENT_TOKEN_TO_BE_REPLACED

The Consequences of a Domestic Violence Restraining Order

END_OF_DOCUMENT_TOKEN_TO_BE_REPLACED

Domestic violence is the emotional, physical, or verbal abuse by one person against another where the parties are (See Cal. Family Code 6211):

END_OF_DOCUMENT_TOKEN_TO_BE_REPLACED

With regards to divorce, alimony is notorious. You most likely have some idea of how alimony functions—with the higher-earning partner making regular installments to the other partner—however, there are a number of misinterpretations about this crucial, but hot-button topic.

Every state has separate alimony support laws and requirements, so there is a high chance for misinterpretation. In California, alimony is referred to as “spousal support.” In the present blog, we will discuss six things divorcing couples should think about regarding spousal support in California. 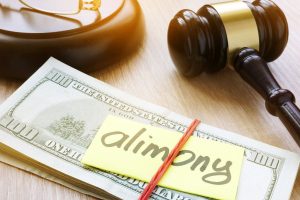 1) There are two types of spousal support in California