With Instagram, Snapchat, Facebook, Twitter, and many more, social media has become an essential part of our daily lives. Through social media, we are able to keep in touch with our distant relatives and friends. You are able to post just about anything on your social media accounts, so all of your friends can know what you did that day, what you had for dinner, and even let them know what song you are currently streaming.

Social media has had a drastic impact on our lives and may also playing a major role in divorces and marriages. There are instances that people utilize social media for online flirting or even facilitating affairs, which has caused an increase in divorces that include issues with Facebook, Instagram, other social media-related platforms. To put it simply, what you are posting on social media, may influences your relationship.

Consider What You Are Posting

Nowadays, social media has become ingrained in everyone’s life. Majority of the people do not even realize what they are posting. Think before you post on social media, because what you put out on online may impact your marriage negatively.

On social media, some people are caught cheating, or their behavior may be wrongly perceived. A simple image of someone holding a bottle of beer on a Friday night with friends could later be utilized as evidence as to their pattern of behavior.

Avoid Being Too Digital

It is becoming easier to get sucked into the online world, but this may become detriment for someone’s real life. Keeping your relationship healthy requires face-to-face communication, but that could become challenging for both of you to accomplish while being active on social media 24/7. It is crucial to put your smartphone down and indulge in live interaction with your partner. Poor communication may create several misunderstandings between you and your partner, which may eventually lead to divorce.

Social Media and Its Impact on Divorce

Not only may social media have a negative impact on your relationship or marriage, it may eventually play an important role in the process of divorce. Courts can consider Facebook and Twitter posts as evidence. When going through the divorce process, people will keep an eye on what you are posting, which could portray you negatively. 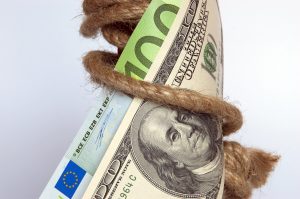 An example could be displaying your wealth on social media, which could haunt you during the settlement of divorce. For instance, if you cannot pay spousal support or child support because you claim that it is too high, but you have posted pictures of expensive trips that you have been taking, this can put your money in the spotlight. 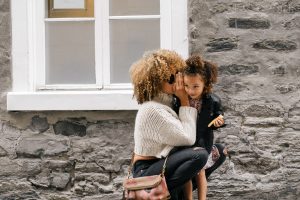 Whatever you post on any online platform can also portray your personality and whether you are a responsible parent or not. In a complicated Child Custody dispute, your soon-to-be-ex maybe trying to find evidence to use against you to win the custody case.

If you are only posting pictures of yourself partying and having fun, this may portray your image in a negative light in front of the Judge. You must be alert while using social media and what you are posting.

The best way to avoid all these problems in your divorce is simple; just take a break from social media. Avoid posting your emotions and feeling in any irresponsible manner on your social media. If you think your partner is hiding some important evidence, then tell your attorney and do what they tell you to do. For more guidance, you can contact the Law Office of Doppelt and Forney, APLC. You will get a 30-minute-free consultation by calling at 800-769-4748!